1812 was a particularly bleak year.

One historian has recently voted it the worst year in British history. The country had been at war with France for 19 years (since 1793), a war that was till dominated by Napoleon’s successes in Europe, although he had just embarked on his disastrous Russian campaign…

Across the Atlantic, the USA had declared war on Britain, a trade war, but also a war in support of the French. The economy at home was in dire straits, a disastrous harvest caused bread prices to rise at an alarming (rate)…the poor were desperate and the Luddites were breaking machinery around the country. In May, Spencer Percival, the Prime Minister, had been assassinated; it could not get any worse.

It was into this period of distress the newspaper was born.

Before the Windsor and Eton Express  came into being, there was only one newspaper published in Berkshire, the Reading Mercury, founded in 1723. Charles Knight Jr wrote in his autobiography:

My friend would make the stirring events of the week known to his household in reading aloud the Reading Mercury which was duly delivered at his door by an old newsman on a shambling pony. How eagerly we looked for this message. 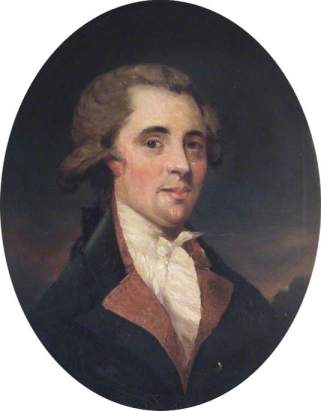 On 1 August 1812 Charles Knight Sr and his son Charles Knight Jr published the first edition of the Windsor and Eton Express in their bookshop at 2 Castle Hill, Windsor…200 years later the paper is still going strong.

In 1812 George III was ill and his son had just been made Prince Regent. In 1820 he became George IV and in 1830 he died. In the intervening eighteen years, the face of Windsor changed and many of the buildings we recognise today were constructed or enlarged. The book covers the building of the parish church and the bridge across the Thames, while the round tower at the Castle was heightened and the Guildhall extended.

While news from the national and international stage was reported, so too was local news, as well as entertainments, theatre and revels. Local businesses advertised, notices were published, court cases reported, and charitable appeals were made. There is so much  about the lives of ordinary people, from those who could afford to travel in stage coaches, to the poor who relied on charity,  and criminals and the punishments they received. Soldiers and the wars they fought are of course an important part of the story too.  It is a panoply of local nineteenth century life in and beyond Windsor. 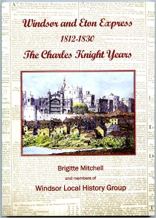 To celebrate 200 years since the first edition of the newspaper was published, members of WLHG produced this book to tell the story of the founders, Charles Knight and his son, also Charles. It looks at the world, and the town of Windsor through the articles in the newspaper during the period.

With 200 pages and numerous illustration, the authors have managed to find a large number of quirky and interesting stories that will inform and amaze the twenty-first century reader.